So finally we have our 2010 Formula 1 World Champion and finally Red Bull can finally start ordering prints of No.1 stickers ;). Mr.Sebastian Vettel has become the Formula 1 World Champion. As soon as I type my Facebook username and password and hit enter I realize I have befriended too many Vettel fans as I see Status updates like- ‘ It(Abu Dhabi GP) was the best race ever in F1 ‘, ‘ Vettel deserved the championship title’ and so on.

Unlike what many think and strongly feel (‘ Abu Dhabi GP 2010 ‘ was one of the best races) I believe that had I been even a bit less of a racing fan, I would have fallen asleep on my couch with the race in still in progress. Specifically due to the very fact that there was almost NO OVERTAKING and there was nothing interesting about the race except that Vettel won it.

In my opinion this very fact helped Vettel a lot. Let me refine what I am talking about a bit more – Overtaking has become a tad very difficult in F1 recently,typically due to two major reasons- 1.Slip-Streaming and later sling-shooting the car in front has become next to impossible in F1 now-a-days, thanks to the aerodynamic configuration of today’s F1 cars which creates a lot of turbulent air behind itself, hence the traditional way of over-taking ie- Sling shot, cannot be used anymore. 2.Sometimes circuit design and/or layout also makes overtaking difficult and/or risky.

Coming back to Sebastian Vettel, if you believe me this very fact (that overtaking in F1 is tough) has helped him a lot in surviving and performing in F1. Vettel is a driver who has been known to be a very good qualifier (10 poles this season!) and also a very consistent driver i.e – in putting up consistent lap times.

Hence give Vettel pole position and he will win the race for you (provided he is in no uncontrollable circumstances like mechanical failure etc).

Sebastian Vettel recently started getting infamous for being a poor overtaker. His recent collisions with Mark Webber and Jenson Button at Turkey and Belgium respectively while trying to overtake them is a proof of that fact. Add to that out of 9 races he DID NOT start on pole he was able to finish only 5 of them on the podium and if you dont consider Brazil(as Hulkenberg was on the pole with an obviously slow and overtakable Williams, which he indeed overtook even before the first corner, thanks to the sheer acceleration of Red Bull-Renault RB6), so we can say 50% of the time he was not even able to get a PODIUM(leave alone a Win) as couldn’t start from a position favorable for it. 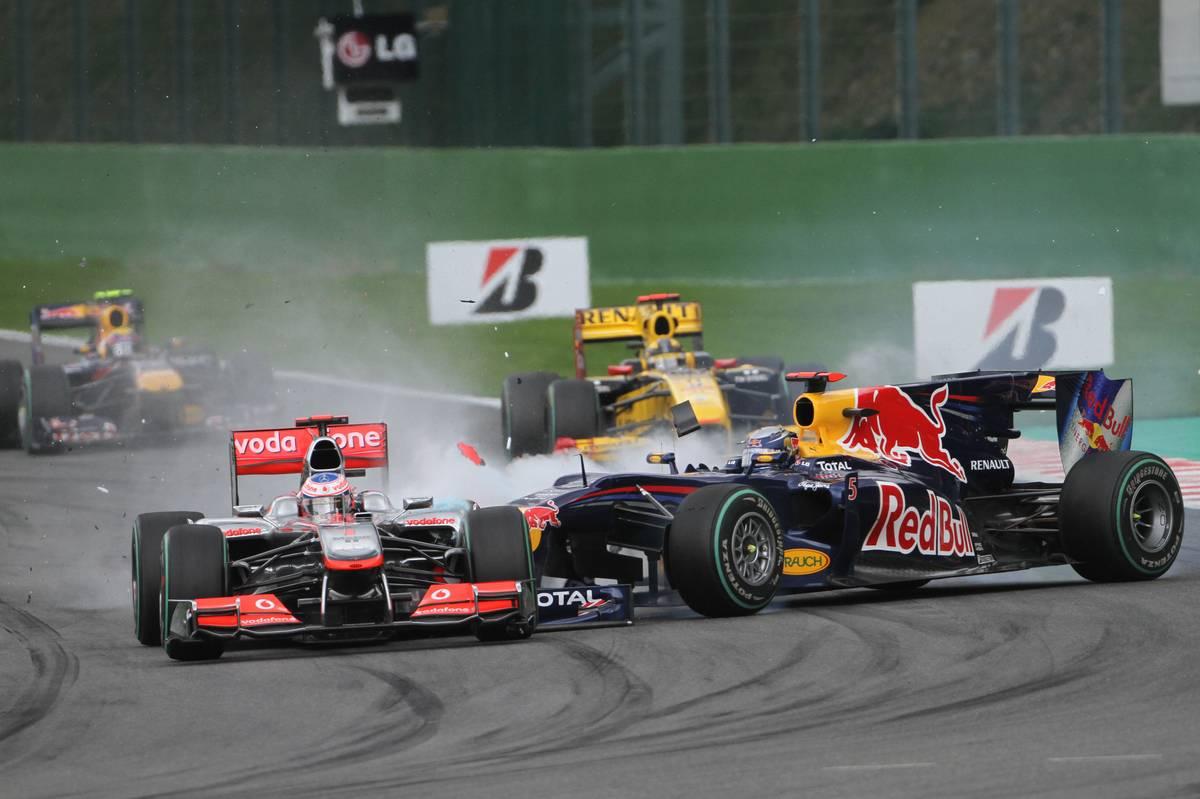 To strengthen these allegations, in junior level series in which we see a lot of overtaking, he wasn’t able to win a Championship since 2004.

That means after ‘Formula BMW ADAC’ he was never able to win a championship up until 2010 in Formula 1. Add to that since 2003(his debut in single seater racing) he has competed in 156 races out of which he was on pole 37 times and he registered 39 wins.

Though Vettel has become the world Champion he’s certainly not a complete racer in my eyes as a good racer should have a blend of consistency and great over-taking abilities.